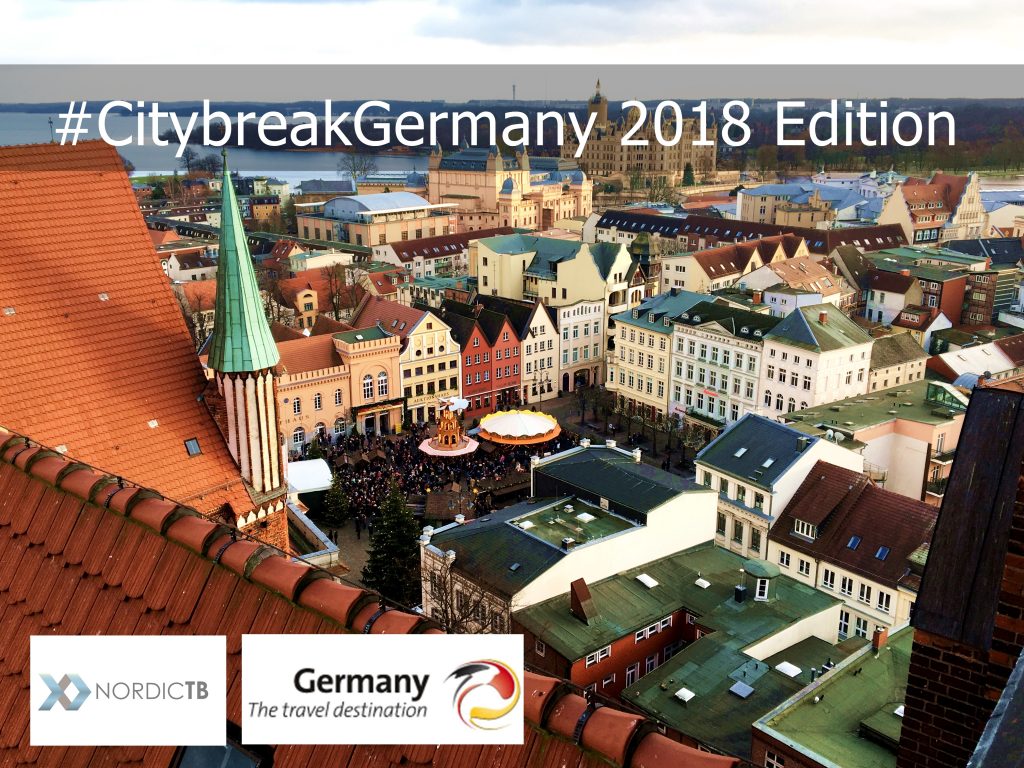 After our successful #CitybreakGermany autumn campaign the last few year, NordicTB is again heading back to Germany in collaboration with the German National Tourist Office to focus on weekend getaways across the country.

4 NordicTB storytellers will travel over 7 days, from October 5th to 12th 2018, to different cities and areas in Germany to highlight the variety of activities, experiences, local cuisine and hisory found in these areas. The campaign trip will start in Berlin and after exploring the city the bloggers will travel in groups of two to different areas. The partner destinations are: Berlin, Schleswig-Holstein, Mecklenburg-Vorpommern, Lübeck & Travemunde, Hannover, Thüringen + 9 cities and Niedersachsen in addition to Maritim Hotels.