June 2016 – NordicTB members in the news

Annika being interviewed on Aftonbladet TV’s Out of Office series.

Our NordicTB travel influencers and storytellers have been in the media a lot lately. From giving press interviews and getting awards to podcasts and doing radio and TV shows.

Here are just some of their latest press mentions and news:

Alex Berger – Virtual Wayfarer – is a contributor to Expedia. Check out his latest piece 72 Hours in Copenhagen. HIs photo of a polar bear in Manitoba was featured by National Geographic’s Your Shot editors. He gave a presentation at Travel Massive Copenhagen – Meet the Bloggers where he spoke about “Navigating the Mine Field that is Blog Monetization”. He also wrote an article called The Human Safari for popular photography site PetaPixel.

Regitse Cecillie Rosenvinge – The Copenhagen Traveler – won the Bronze prize for Best Luxury Travel Blog by Cinnamon Hotels & the Travel Bloggers Conference Asia (TBCAsia 2016) hosted in Sri Lanka this year. She was also interviewed by the Danish Fashion Magazine, IN. 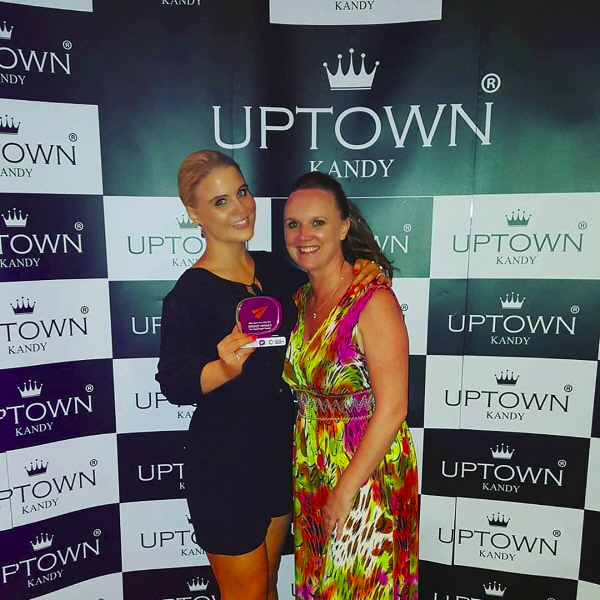 Regitse and Janicke at the Cinnamon Blog Awards in Sri Lanka.

Veera Papinoja – Veera Bianca – was profiled as one of the 10 Travel Instagrammers you should be following. She was also on the list of Kick Ass Female Instagrammers You Need to Know About by Paper Planes & Caramel Waffles.

Andy Higgs – The Grownup Travel Guide – gave a presentation at World Travel Market (WTM) in Cape Town, South Africa. He spoke on Creating and Nurturing Industry Partnerships as part of the iAmbassador session “The Business of Travel Blogging: from branding to building traffic and partnerships”.

Janicke Hansen – Let’s get lost – gave a presentation at the Better Bloggers Conference (BBCON) about getting big results on small budgets.

Annika Myhre – Resfredag – was featured in local newspaper BLT as well as the blog Ett Annat Liv. She was also interviewed on Aftonbladet’s web TV series Out of Office and won the award for Best New Travel Initiative at the Travellink Blog Event.

Lisa Fahlåker – Livet från den ljusa sidan – won the Most Inspirational Blog at the Travellink Blog Event. She was also interviewed on Aftonbladet’s web TV series Out of Office.

Helena Gunnare – Oh darling! let’s be adventurers – is currently roadtripping around the US.

Sofia Zetterqvist – Fantasiresor – was interviewed by a local Södertälje newspaper for her award of “2016 Best Swedish Travel Blog” by Travelmarket. She was interviewed on the podcast Täljepodden, as a travel expert giving packing tips on Metro, and she is now a regular contributor to Skyscanner.

Lola Akinmade Åkerström – Geotraveler’s Niche – was profiled by Lonely Planet. She ran a photography workshop in Reggio Emilia in partnership with the Emilia Romagna Tourism Board. She also gave a presentation at the Better Bloggers Conference (BBCON) about getting big results on small budgets, and will be speaking at the The Social Travel Summit (STS) conference for travel influencers.

Lola is one of Mogul’s Top 20 Travel Bloggers to Follow in 2016 and will be the closing keynote speaker at Travel Blog Exchange (TBEX) in Stockholm – the world’s largest conference for travel blogging.